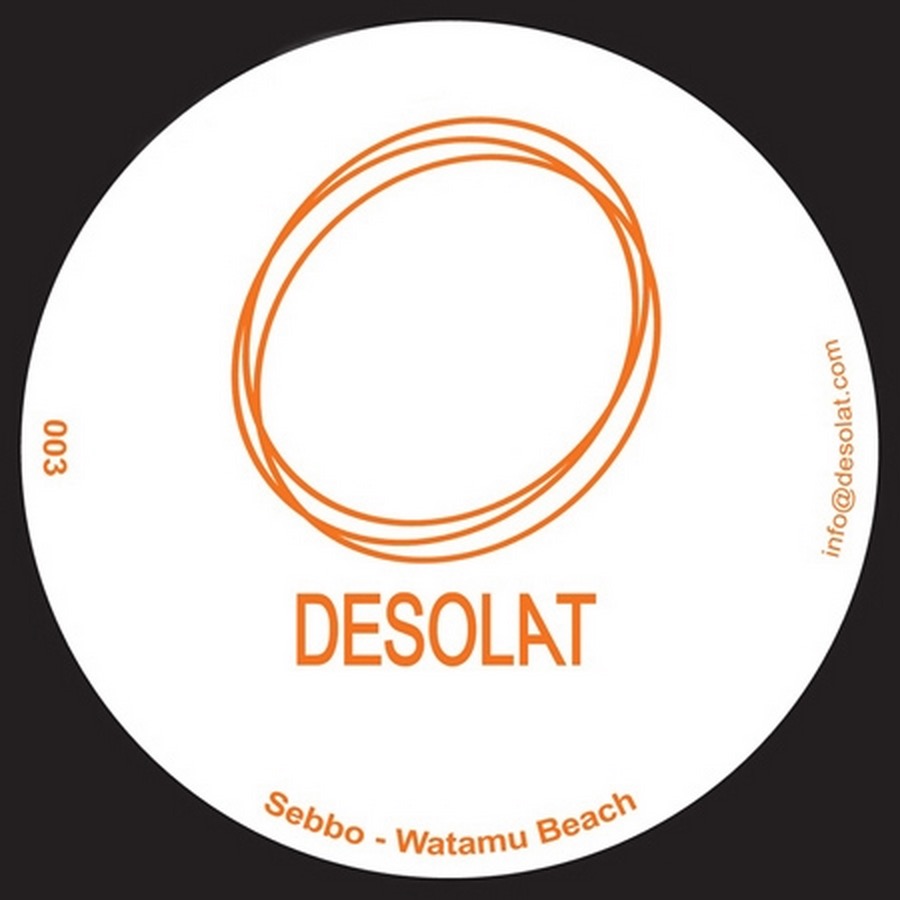 Desolat are proud to present a release featuring a rising voice alongside a hero whose praises have frequently been sung.

Sebbo’s frequent flights on the DJ circuit have been a long haul ever since his seminal work at the Airport club in Würzburg. Throwing down radio shows like W1 Master Mix and Radio Gong Clubnight, releasing successful records like “Beirut Boogie” and “Chunky Fudge” in 2007, he’s notched up frequent flyer miles across South East Asia, Europe and Africa.

His track Watamu Beach sweeps through atmospheric pressure, with quite a few delays and extreme visibility. Watamu Beach is a straight-forward dancefloor track, that sways through rhythmic samples of faraway ethnomusicologists, to build a heady dancefloor rhythm chamber. Thus it is a direct tune that’s built both for today’s climate, and a tune that’s classic both in the techno sense, as well as across the millennia.

So who better to add their airbrush and palette of smoke to this, than one of the most influential producers and sound engineers of the last two decades. On the flip, Sir Moritz von Oswald takes his renowned sense for spatial dynamics and the careful gradation of sound, and sculpts Watamu Beach into a whole new vista. This beautiful-sounding reimagination begins with a strident yet restrained mood, a mood that will certainly see it fit into many DJ sets. Von Oswald’s expedition to Watamu Beach eventually grows more mysterious and primeval, and as the sea tide of beats rolls back, slips further and further into the dub-techno fusions which he himself pioneered, ending with the ghosts of pads swallowed up in a cloud of simmering antimatter.