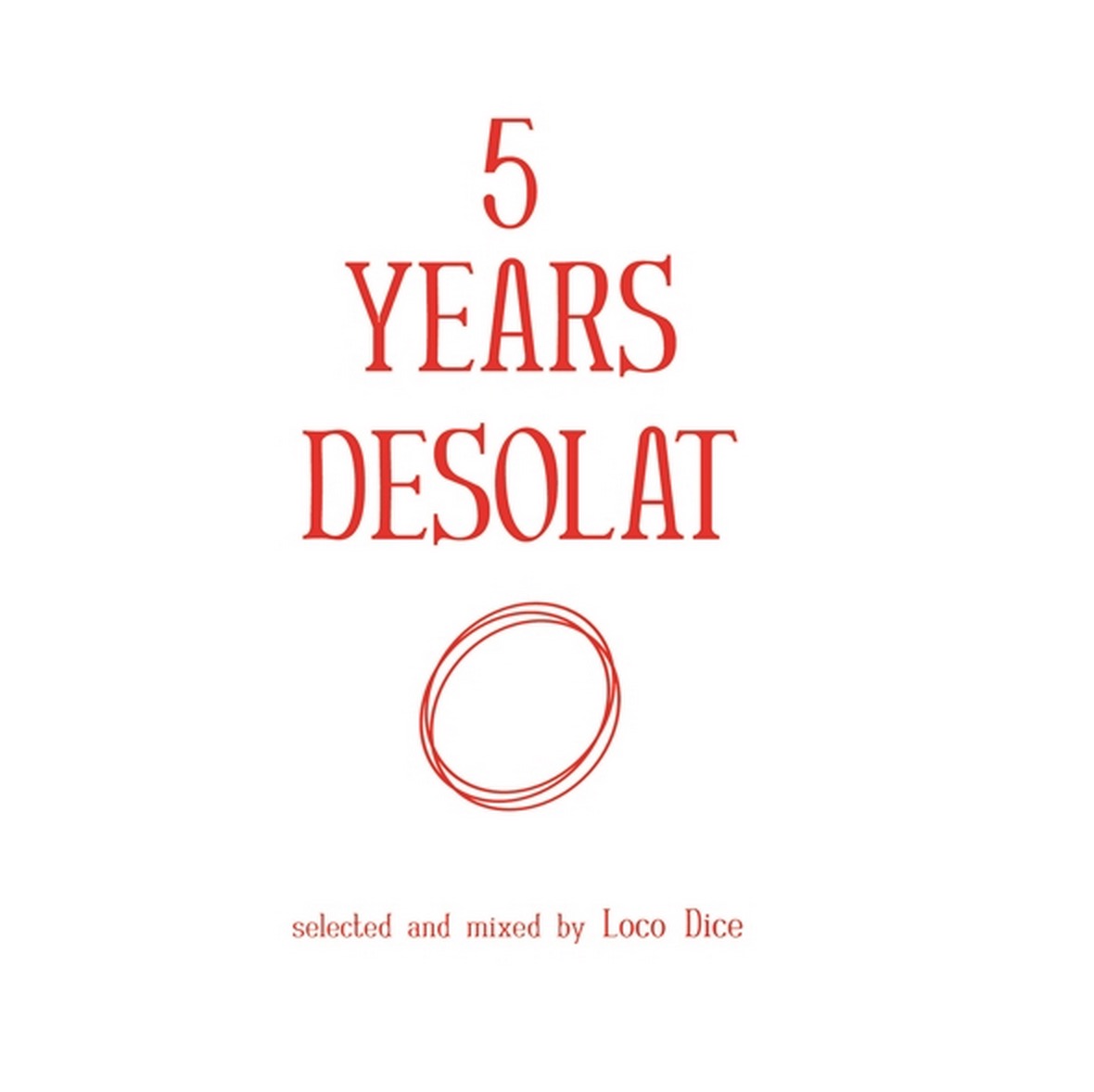 We celebrate our 5th anniversary with a very special edition of our annual sampler: 2×12″ and a CD with 15 tracks mixed by Loco Dice.

This edition not only sees artists from the Desolat family turn in exclusive tracks, but also sees Loco Dice supply a first mix on Desolat.

Loco Dice’s „Lolopopinho“ picks up where his recent „Toxic“ EP left off: a groovy energetic whirlwind production that takes the listener on a head spinning journey into the recesses of the label bosses club-orientated mind. Shlomi Aber’s „Mancha“ features a sublime bouncing bassline, whilst Yaya weighs in with a track that nods to a fantastically bright future.

The latest talent to emerge from the highly respected Romanian scene is Horatio. His track „How Much 909 Can You Take?“ serves up a warbling aural assault that will easily get feet stomping. Lucero en Vivo’s „La France“ first surfaced in 2010 when it caused a stir on Dice’s Amnesia Ibiza Underground 10 mix CD. A welcome addition to the sampler and finally getting the full release it deserves! The young blood of Desolat is rounded of by Alexkid’s ethereal „Enty“ which provides some moodiness to proceedings.

And of course the mainstays of the label have also turned in impressive productions. Hector’s „Amorphous Mass“ displays the dark depths of the Desolat vaults, whilst the first lady of Desolat tINI turns in a warm intricate release in „Room 305“