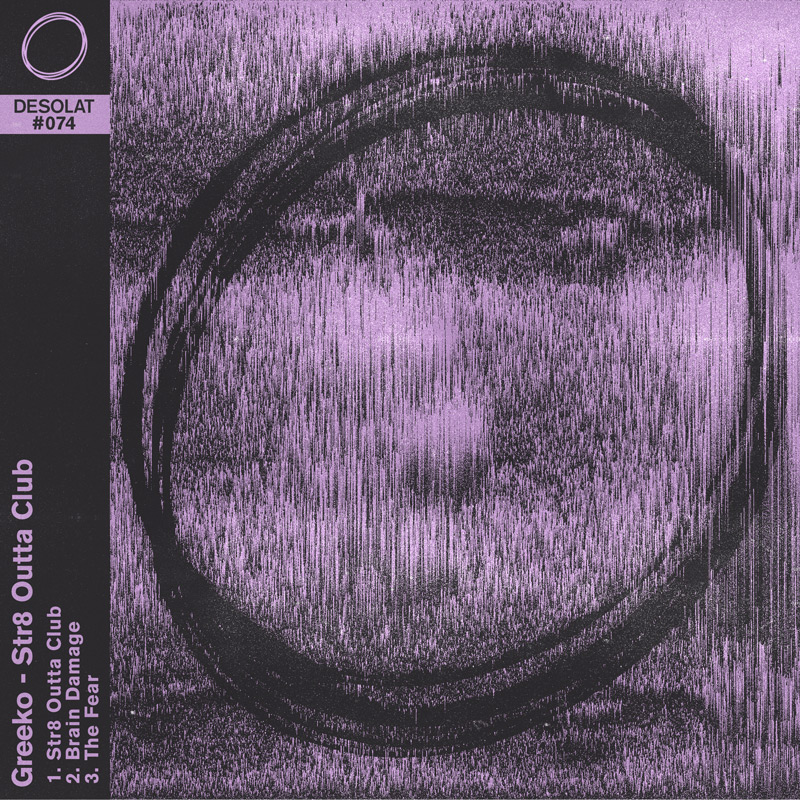 Exciting young artist Greeko lands on Desolat with three more of his dark, club ready beats.
The Ibiza based Albanian has played club meccas like Tresor, Cocorico and Pacha and received props from kingpins such as Jamie Jones, Joseph Capriati and Marco Carola for tunes on labels like Mo’s Ferry Prod, Hot Creations & Snatch!.
He says, ‚I made this EP straight after I left Ibiza, during the early winter. I was really inspired and wanted to materialize my thoughts about the adversities of night life and how getting involved in the industry has both good and bad sides. I wanted to convert my feelings into powerful music and to create a contrast between the different sides.‘
He sure does that right from the off with the arresting title track, which has ducking and diving drums that are slick and crisp. Spoken word vocals interact to intriguing effect as wild samples explode in the background. It’s a dancing tune of the highest order. The brilliantly unhinged „Brain Damage‘ has paranoid, shadowy vocal stabs, explosive drums and hammering hits that will freak out the floor in fine fashion. Last of all comes „The Fear‘, a tribal track with rubbery drums rolling beneath a wordless vocal that turns your mind inside out. Rising synths add tension and suspense and the innovative drum programming really takes this one to the next level.
These are three hugely characterful house and techno tracks that leave an
indelible mark.